Lighting is a complex element of cinematography which takes an infinite amount of time to master, even for the greatest cinematographers. A good cinematographer doesn’t just know where to place a light, but how to shape it. When it comes to shaping light, three important tools to consider are nets, silks and flags. But what are they? 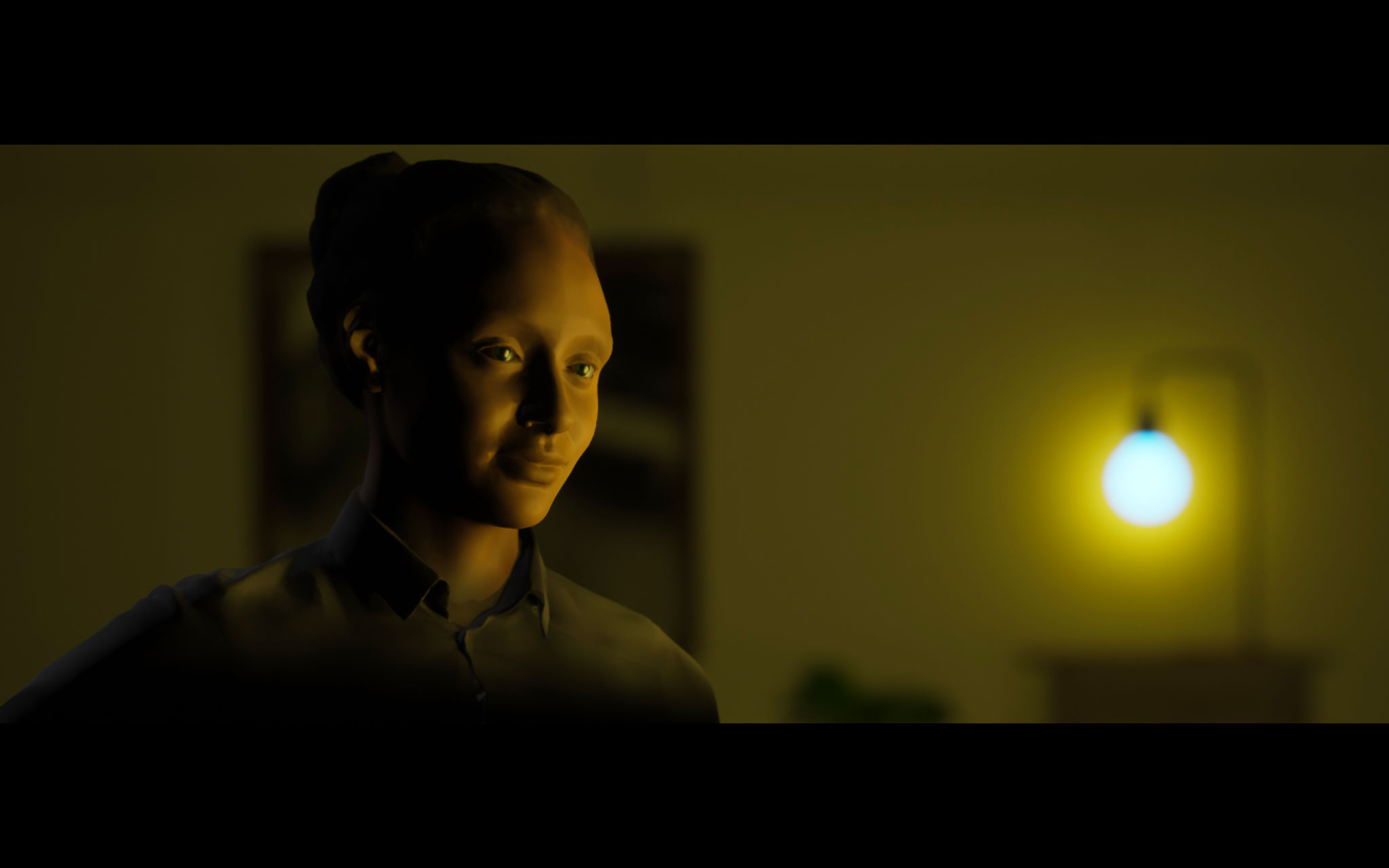 Flags, also known as cutters, are used to block, control light and provide negative fill. They are often made of a foam core or black duvetyn, wrapped around a metal frame. They come in a variety of shapes and sizes, all with a variety of names. Through manipulation of the flag’s position, in relation to the light, they can control light from spilling into a particular area. A topper is a flag used to cut light from ceilings and the top half of a shot. A bottom flag is used to stop light spilling on the floor. A sider is a flag used to cut light entering from either side of the frame. A combination of each is commonly used. Flags are usually held up with C stands, knowing where to position them is crucial. A flag positioned farther away from the light and closer to the subject/area, will appear darker with very defined edges. When the flag is positioned closer to the light, the flag will become more diffused with softer edges.

Additionally, there will be a cleaner cut of light if the light source itself is hard rather than soft. The control of light will also be easier when there is a greater separation between the foreground and background. Flags are a powerful tool to bring contrast in a scene. It is especially important to always sandbag flags, even more so when shooting exterior because they essentially become huge wind sails. 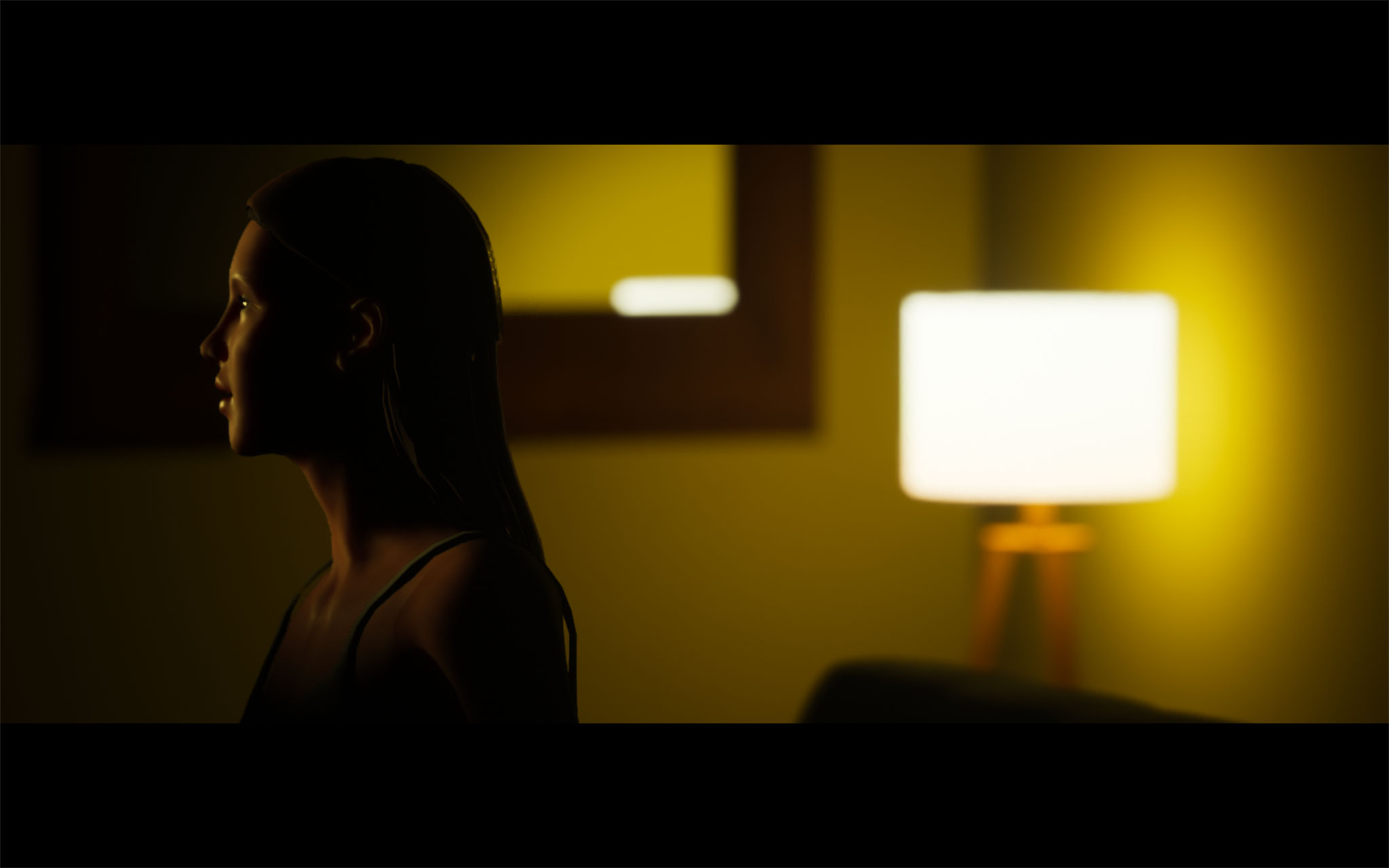 Using Cine Tracer, this example shows how a flag is used to cut light from the wall, and from the lower half of the subjects body.

Cutting light doesn’t always have to be solid, but instead a broken pattern. This is achieved via a cookie, or its more technical name, cucoloris. A cookie will cut the light into a specific pattern that the cookie is designed to. Often used to stop light looking too artificial and add texture to the scene.

Nets are used to reduce exposure. They mainly come in two types, single and double. A single net has a green border and cuts one stop of light. A double net has a red border and cuts two stops of light. They also have a ragged edge, allowing you to feather light off of a subject. They, too, come in a variety of shapes and sizes and are held up using C stands. They are made from net cloth stretched over a wire frame. It’s important to remember that a net doesn’t change the quality of a light, it only reduces the exposure. Nets are really useful when you have a hot spot of light within a scene.

An important element to note, is the difference between nets and scrims, the two can often be confused. The difference is imperceptible as both do alter the light’s intensity. The difference is, scrims are usually placed directly in front of the lamp and control the overall intensity. Scrims are sometimes preferred over using a dimmer, because when using a dimmer to control the intensity, the temperature of the light is affected. With a scrim, you can change the intensity without affecting the temperature. Nets, on the other hand, allow more possibility over placement to control specific areas of the scene where you want the exposure to be cut down.

Example of using a net:

An example of using a net would be if you had an interior scene and a character goes to open the front door. When they open the door, the exterior would be extremely blown out. You could expose to the outside and use more light indoors, or you could use a large net outside, behind the character to cut down the exposure. However, you must ensure enough distance between the subject and the net to avoid the camera picking it up.

Furthermore, if during an interview setup you wish to cut the amount of light on a particular part of the subject. You can introduce a net to take down the exposure and make a smooth gradient of light on the subject.

Silks are one of the many types of diffusion and unlike nets, silks are a light modifier which change the quality of light, rather than just the intensity. They are usually held up with C stands and placed between the subject and the light. They diffuse light by scattering it in random directions, removing harsh light and shadows. The downside to silks and any other type of diffusion is that the more you use, the more you are cutting the amount of light making it into your scene overall, because it gets redirected. Often other types of diffusion like grid cloth avoid losing too much of the source. Like flags and nets, silks also come in many different shapes and sizes. The larger silks are known as butterflies / overheads.